In the spotlight on the blog today we have Nick Bowditch. Nick is the only person in the world who has worked in marketing for both Facebook and Twitter, and often speaks publicly about the importance of storytelling and how to build your brand on social media.

We spoke to Nick Bowditch recently about his experiences at two of the biggest social platforms in the world, and he shared some tips on what hospitality small businesses should focus on on social. 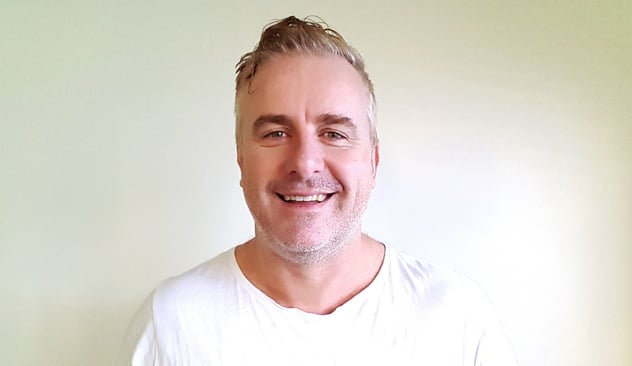 Oh, and if you're in Sydney, you're in luck, because you'll be able to see Nick Bowditch and four other fantastic speakers at Typsy Live Sydney on Wednesday 5 October. Get your tickets while you can!

How did you get where you are today?

I built and sold my own tech startups, and during that I did Facebook marketing myself and sort of became a Facebook guy. Then Facebook recruited me to start building their small business division, a startup operations team for Australia and New Zealand. I did that for almost three years in Sydney and then spent a year working at Twitter doing the same thing for small businesses. And now I consult, invest and advise startups mostly and speak for a living.

It was basically doing evangelist work really. A lot of media, a lot of PR, a lot of speaking at events. A lot of things where you could make a minimal touch and reach a lot more customers. Because with small business for companies like Facebook, Google or Twitter, scalability is the biggest issue because there are so many small businesses using those platforms and there are so few people working in the actual businesses.

So at both jobs, Facebook and Twitter, the main aim was just to get people to use the platform. It was a lot of education and just encouragement to use the platform properly, and teaching small businesses how to get the best results from it.

Was that at a time where businesses didn’t really know they needed social media yet?

Some. And some had already decided that they were experts at it. And some were just like: geez, I haven’t got a clue. I know I should be on it, because everyone keeps telling me I should be on it, but I don’t know where to start. When I was at Facebook especially, it was just about getting on the platform. Then it became: well, how do you run ads, maybe? And then the last bit was more about storytelling and branding and how to set yourself apart on social media. How to have your small business story heard amongst the noise, which is still a big challenge for small businesses.

What did you take away from your time at both jobs?

I think the main thing I took away is that it’s more than possible for small businesses to compete and win dollars. Where small businesses sometimes get lost is when they’re trying to do the Coca-Cola stuff themselves, instead of trying to tell their own story and telling people what it is they do well. And trying to compete on a playing field that isn’t level. Those platforms are actually making the field more level, but only if you get out of the mindset that you’ve got to be spending thousands of dollars. That’s actually not what the market wants.

So what will you be sharing with us at Typsy Live Sydney?

What does innovation mean to you, in terms of social media?

Innovation is simple for me. It’s not doing something crazy clever or really creative or really techy. If I think about it from a small business point of view, innovation is simply looking at what we do and saying: is this still the way to do it? Is that still the most effective way to tell our story? Is this still the most effective way to get revenue in the door? And is there some way that we can make a very small change that ripples out into a big scalable effect?

"Where small businesses sometimes get lost is when they’re trying to do the Coca-Cola stuff themselves, instead of trying to tell their own story."

You know, those things are innovative too. But I think sometimes small business people look at innovation and think we’ll have to either a) spend a ton of money or b) change our business model completely to online or to an app or something else instead of just thinking differently.

I think some people might feel like things are constantly changing in the digital marketplace and technology. How do you suggest small business owners keep up with all those changes?

Read. Read a lot. For some business owners, especially if they’re the ones cooking the meals or working in the shop or whatever, it’s really hard to find that extra time. I think we have to immerse ourselves in education of what’s next. You have to know what’s on the next curve. And the only way you can do that is read. Look at blogs. Keep up with people who are changing the world, and seeing how they think.

Businesses like Facebook, they don’t make huge, seemingly impactful changes to the platform ever. They make tiny little adjustments. Yeah okay, buying Instagram or making Instagram stories or whatever, that’s a big change, but the majority of the little changes that are affecting revenue are very, very small. And I think small business can think the same way.

What are some trends that you’ve seen recently that you think hospitality businesses should focus on?

I talk about storytelling all the time. I think we suck at it. There’s something very un-Australian about saying we’re really good at this, whatever it is. We’ve got a hospitality business and our customer service is really great. Or our pumpkin soup is really great. People are like: I don’t really want to put myself out there, but that’s part of storytelling. Or even convincing someone as to why they should eat lunch at your restaurant instead of the one next door is a very simple trend that I think in a few years will start to become something that can actually keep a business in business.

That’s the first thing I think of: how you are telling your story or if you are at all. Are you just telling the market what you sell, how much it costs, what hours you’re open, what your address is? Then you’re missing a really great opportunity, because you’re not telling people why you’re in business, why you employ these two people in particular… your why. And that’s the stuff that people really want to know.

"Innovation is simply looking at what we do and saying: is this still the way to do it?"

I think the other thing is, and it sounds a bit of a lefty hippie sort of ideal, but the maintenance of thinking about kindness in a business. And particularly in a hospitality business where you can really change someone’s day, week, month. I think that will be one of the big trends of 2017/2018; just thinking about the people. Thinking about the people who come in the door, why they’re there, what they need from you.

Tickets for Typsy Live Sydney are on sale now. Grab some and see Nick Bowditch and more at the Roslyn Packer Theatre in Sydney on 5 October. See you there!