How Sally Irwin's cafe is stopping slavery in Australia

When Sally Irwin discovered slavery was still happening in Australia, she decided she had to do something about it. This led her to start The Freedom Hub, a survivor school that helps victims of slavery re-enter society with employment and confidence. To help fund the school's administrative costs, and to raise awareness of this horrible issue within the community, Sally also started a social enterprise cafe called The Freedom Cafe.

Sally will be sharing her remarkable story of social entrepreneurship as a speaker at Typsy Live in Sydney on October 5th. To give you a little insight into her background, and what she will be talking about on the night, we caught up with her for a brief interview. 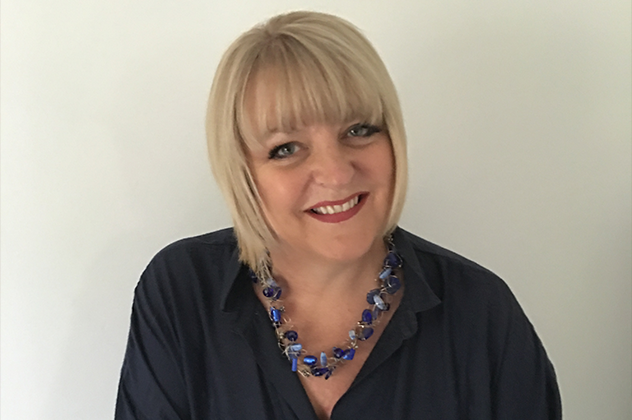 To start with, could you tell me a little bit about your story?

My story started in 2008 when my husband was posted over in Berlin as a diplomat. And as a diplomat's wife I wasn't allowed to work, so I decided to do charity work. I chose human trafficking because it really messed with my mind to think that women are treated that way. In Berlin it was all sex trafficking, and it was a very nasty, dark world. I was very angry about that concept. I tried to get all the different diplomatic wives together so we could do fundraisers to help the women in the streets.

However, after some time doing that, I realized that the people coming into my home were people of influence, like the Commissioner of Police for Germany, and ambassadors for different countries like Bulgaria, Hungary and Romania. And I realized I needed to know more about it to have intellectual discussions on the topic.

So I volunteered with an organization myself to expand my knowledge. And it was when I was volunteering that my heart really got caught up in it. I realized these women were just like you and me, but they had no voice, they had no language skills. They had no way out. As a foreigner I couldn't make any policy changes or do anything about it. I couldn't help as much as I would like to.

When I came back to Australia, I thought that I would just continue fundraising to help them, but then I realized it was happening in our own country, which completely rocked my world. And I thought, forget about Germany, we have to get our own backyard cleaned up. Because we have such amazing border control in Australia, I actually think we could be the first country to have no slavery, if we work at it.

Why did you decide to start The Freedom Hub?

I got involved because I started volunteering with the Salvation Army’s safe house for trafficked women, and that helped me understand the lay of the land. I started to understand how different it is here. Only 45% of our slavery is in sex trafficking. Most of it is in forced labor in the hospitality industry, construction industry or retail industry. We also have a growing number of child brides.

"I actually think we could be the first country to have no slavery, if we work at it."

While I learnt that Australia has a very good response team that works on rescuing these people, there's virtually no one giving them any after care. Once the federal police has found them, they're given to Red Cross caseworkers, and the government organizes their VISAs, helps their mental health, and provides all the basics they need for living, but it takes five years for their court case to be tried. And in that time they're sitting around, they're depressed and they've got post-traumatic stress disorder.

The Freedom Hub was really birthed out of the need to help them see that they have got a hope in life, they can do something, they can even start working up to 20 hours a week. We start to get them work ready, teach them their rights, and help them get their confidence back. And within a year we have a lot of them living independently.

Can you tell me how The Freedom Café works?

I didn't want to be completely self-funded, because I do think it's important that the community be involved with what we're doing, but I wanted to get our administrative side funded. So the idea of the cafe is to help fund our administrative costs, and at the same time become a venue where people know they can make a difference, that aligns with our cause, just by having a cup of coffee.

The Freedom Cafe in Waterloo, Sydney.

What will you be talking about when you join us at Typsy Live in Sydney?

I'll be telling my story, which I’ve touched on here, but I’ll also be focusing on the hospitality side of things. I'm actually hoping to share one or two very brief cases that have come out of hospitality. So not just my story, but real stories from people who have experienced slavery.

The theme of Typsy Live is innovation. What does innovation mean to you in the context of your work?

I really believe we're the first of our kind to have a model like this. Because we're not a charity, we’re not a social enterprise, we've set up a very innovative model, where not only are we running a venue to fund the school, but we have also partnered with suppliers who help us achieve profits. And they agree that they have no slavery in their supply chain, so we've got that holistic thing.

For those who come out of our school, we also have employment pathways. Our suppliers employ our survivors and get them working again.

What industries do your survivors move into?

It's a mixture. What we try and do is find out what they originally came into this country for, and then get them ready to do that. A lot of them have come here to learn how to be chefs, or to run restaurants, or study at university or TAFE. So we give them a pathway.

What's next for The Freedom Hub?

We would really like to see the model in every state of Australia. The Survivor School only caters to 30-50 people a year. We know that the minimum number of people who go through slavery in Australia is 4,500. That's the official number, anyway.

But unofficially, there are a lot of people we don't even know about, because they're too afraid they're going to be sent home or their families are going to be killed if they say anything. Along with my lawyer, who I'm hoping to bring with me on the night, we have done a calculation to estimate that there are at least 8,000 slaves just in Australia. The next big goal would be to have someone representing us in Queensland by 2018.

See Sally share her story at Typsy Live Sydney on October 5th at the Roslyn Packer Theatre. You can book your tickets for only $49 on the event page!

Watch the event trailer to get a taste for what to expect: