When Yossi Ghinsberg was 22 years old he set off with three other travellers into the Amazon rainforest of Bolivia in search of adventure. Shortly after he found himself on his own, surviving for three weeks against all odds. Ten years later Yossi returned to the Amazon to help establish an eco-lodge. Now he travels the world as a keynote speaker, sharing the business philosophy he developed from lessons learned in the jungle.

Yossi’s remarkable story has been told through his best-selling books and Discovery Channel’s show I Shouldn’t Be Alive. A film starring Daniel Radcliffe as Yossi is scheduled for release next year!

ssi will be sharing his story of survival on the Typsy Live stage. The event is organized around the theme of innovation, making him the perfect addition to the line-up. Through his public speaking, Yossi aims inspire and motivate people to delve into the uncharted territory of their potential – to seek out new, different and interesting ways to approach the challenges life presents us with.

Surviving in the Amazon

Yossi grew up in Tel Aviv, Israel. When he was 18 he enlisted in the navy for his compulsory military service, and upon completion he worked odd jobs before setting off to Bolivia as a backpacker. There he travelled with two friends, Kevin and Marcus. The three of them met a man named Karl who claimed to be a geologist and seasoned traveler who knew his way around the jungle. He convinced them to join a journey into uncharted territory in search of an indigenous tribe that no one had made contact with before. Eager for adventure, the four men set off into the jungle with the bare minimum in provisions, expecting to be away for a couple of weeks only.

But the journey quickly turned into a misadventure. After becoming lost, realizing Karl wasn’t the expert he claimed to be, and continually arguing about the best course of action, the group split up. Karl and Marcus were never seen again.

Not long after that, Yossi and Kevin were separated by accident. Each had a harrowing journey of navigating the unpredictable and unknown jungle while withstanding illness, injury, exhaustion, fear and the unknown. Yossi miraculously made it out alive after three weeks on his own, surviving starvation, flash flooding, infections and encounters with wild animals. 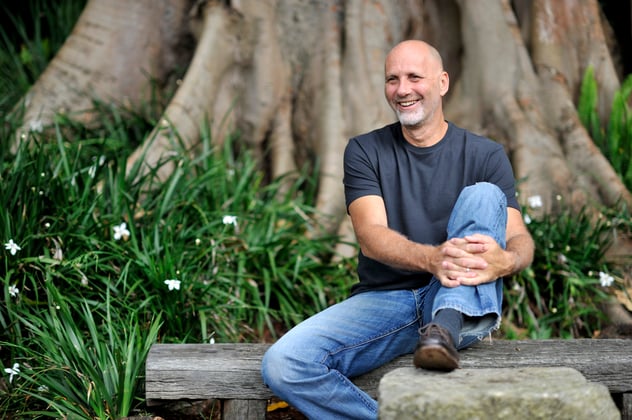 Ten years after he was rescued from the jungle, Yossi returned to the Amazon to help the locals who had helped him in San José de Uchupiamonas. Challenged with the task of helping the community preserve its way of life in the face of drastic changes, Yossi was inspired to establish an eco-lodge.

Eco-lodges are a type of tourist accommodation designed to have minimal impact on the environment in which they’re situated. The rainforest is an inextricable part of life for the indigenous communities of the Amazon. The establishment of an eco-lodge protects the environment, a biodiversity hotspot, from destruction through mining and logging. It also inspires other communities to take similar approaches, preserves traditions and customs, and educates the world of the need for sustainable tourism practices.

The Chalalan Eco-lodge that Yossi helped to establish was designed to blend in with the environment and built using eco-friendly materials and traditional building techniques. Its existence helps improve living conditions for the locals and contributes to the wellbeing of future generations by helping the community thrive in a changing world, without sacrificing the traditional way of life.

Yossi’s experiences in the Amazon have had an enormous impact on the way he approaches the world and life’s challenges. His ordeal in the jungle taught him that we are all capable of achieving amazing things if we stay open to new ideas and opportunities, adaptable to change, and positive in our approach to changing circumstances. Yossi has turned these realizations into a business philosophy he takes on the road, inspiring others to approach challenges head-on with an open mind.

Hospitality is a constantly evolving field. Success in the industry is inextricable from innovative thinking. Without fresh ideas, an open mind, creativity and a willingness to push the boundaries, businesses get left behind. Yossi’s philosophy suggests an alternative outlook on the business model that encourages innovation as the key to staying ahead of the game.

Don't miss your chance to see Yossi speak about his amazing story – book your ticket to Typsy Live now! Typsy Live is taking place on the 5th of October at the Roslyn Packer Theatre in Sydney.