TRevPar vs RevPar - What you need to know

TRevPar and RevPar - what’s the difference and why is it important? Maximizing revenue, or yield management has become more mainstream in recent years and for good reason. In an industry with so many ratios and comparatives, it pays to have a better understanding of what TRevPar and RevPar mean and how they can help you maximize profit or yield in your hotel. 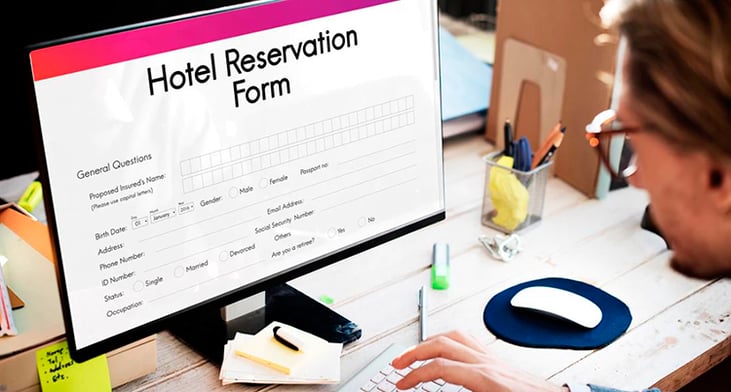 Unlike some industries that can easily meet an increase in demand by producing more units, a hotel cannot. In that way hotels work with a fixed capacity, that is a perishable item for sale, if a room is not sold by midnight, it quickly turns into a pumpkin and is unlikely to generate any revenue. An unsold hotel room is lost revenue that can never be realized.

Cruise ships and airlines suffer the same fate of fixed capacity, space left unsold remains a lost opportunity that negatively impacts a company’s profit. By being able to predict patterns, specifically revenue and demand patterns, managers can create strategies and tactics to maximize revenue opportunities. Wherever possible RevPar and TRevPar (sometimes referred to as Adjusted Revenue per Available Room, ARPAR) are two equally important ratios that can help analyze patterns and look for opportunities to maximize profit.

Keep in mind that this is not something limited to just the front office. We are talking about successful management control over a few different areas of the hotel including room rate revenue, other revenue streams, distribution channels as well as marketing.

What are TRevPar and RevPar?

They might look similar on the surface, but there is one significant difference between them. As a Key Performance Indicator (KPI) RevPAR is only concerned with the revenue generated from the activity of rooms sales, TRevPAR, on the other hand, considers all revenue, including what was spent in the restaurants, bar and room service.

So, RevPAR is Revenue per available room and expressed as a ratio. This is equated by: 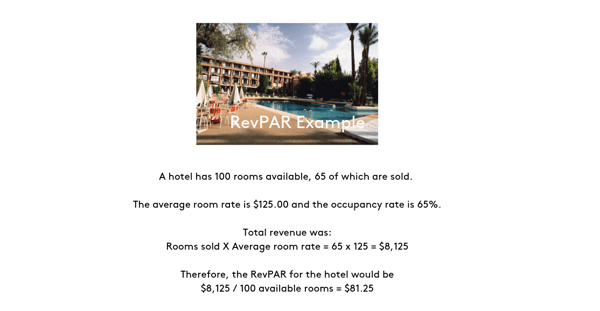 Let’s compare two different hotels for the same period of time and see if we can gauge which one had a better RevPAR performance.

Which hotel had a better RevPAR? 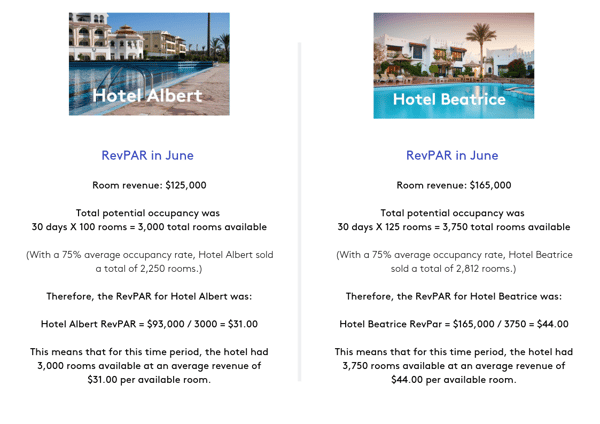 From these two examples, we can see that Hotel Beatrice outperformed Hotel Albert as far as RevPAR is concerned.

So that’s good for RevPAR, but what about TRevPAR and how do we calculate it?

Which hotel had a better TRevPAR?

Does TRevPAR have the same meaning as RevPAR?  The short answer, yes and no.

As the name implies, TRevPAR considers all hotel revenue, rooms, and food and beverage. In this way, RevPAR isn’t considered strong enough to give a full picture of revenue activity.

Let’s look at a bigger picture and revisit our two Hotels, Albert and Beatrice. 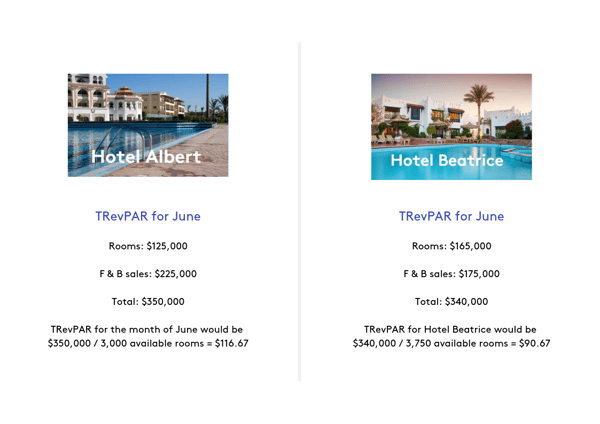 As far as TRevPAR is concerned, Hotel Albert has achieved a higher overall average then Hotel Beatrice, even though it originally had a lower RevPAR. These are useful metrics to consider and make up the KPI’s for many hotel operations, make sure to measure what you can control and that neither TRevPAR or RevPAR take into account any input costs for rooms or F & B. Meaning that as a hotelier, you should be aware of many different factors when measuring performance and how to read them.

Don't forget to watch our profit and loss statement course to help keep your business profitable Join the tribe today and get your 10-day free trial!