A short history of craft beer in Australia

Australians love a good pint: at the pub, after work, on the couch, at the beach. For licensed hospitality venues, beer and alcohol consumption often makes up a significant portion of weekly earnings – particularly with the rise of craft beer over the past few years.

There are hundreds of different beers and brands on the market, and new breweries popping up all over the country every week. Unlike winemaking, beer brewing doesn’t require a certain climate or environment; just the right equipment, a talented brewer or two, and the core ingredients to begin: water, malt, hops and yeast.

So, Where Did Beer Come From?

Well, according to the history books, beer has been on the planet for a really, really long time. There are records of some kind of beer being produced and consumed in ancient Egypt as far back as the fifth millennium BC, and there are traces of beer on pieces of pottery and other implements from every continent.

Research also shows that the creation or brewing of beer was dominated by women on every occupied content until brewing became a commercialized production. The theory is that ancient tribes and cultures discovered beer after domesticating cereal.

How Did Beer Get to Australia?

Beer made its way to Australian shores with British settlers, carried over on ships. Captain James Cook kept beer on board on his expedition to Australia as a means of replacing drinking water if it ran out or turned bad. There is also some evidence that Indigenous Australians were fermenting liquids and plant products to make a drink with a very low alcoholic content, but it isn’t known if it was comparable to the beer of the time.

Ales were the order of the day in the early settlement days, but Australians turned to lager in the late 1800s and haven’t looked back since – lagers are still the most popular form of beer in the country.

Breweries blew up in the early 1800s, and the first major commercial brewery – Cascade Brewery – was opened in Tasmania in 1824, and it’s still going strong today. Coopers and Carlton breweries followed in 1862 and 1864.

The Rise of Craft Beer

Craft beer can be difficult to define, as different countries, breweries, and groups look to different qualifiers. In the US, for example, a brewery is defined as craft if it produces 6 million barrels or less per year – and must be comparatively small, independent and traditional. Generally, craft beer is more specialized or complex than the classic beers on tap at your local pub, and the process behind it is more manual and less automated.

Here in Australia, it’s difficult to define our craft breweries by their output for a few reasons. Firstly, our overall output is much smaller due to a lesser and more sparse population. And secondly, a number of what are considered as our major craft breweries are owned by large corporations – but still operate in the craft production style.

So, who is drinking craft beer? According to Roy Morgan research from 2014, the 25-34 year old demographic are boosting the market, and are the biggest consumers of niche and craft beers. The report refers to the consumers as “young, cultured, connected, clued in and cashed up,” suggesting that young professionals in major cities are the driving force.

"Craft beer consumption is on the rise – a sign that consumers are turning to quality over quantity."

Since the 1980s, nearly 300 new breweries have opened across Australia – and many boast unique craft beer as their bread and butter. It’s often said that the appeal of craft beer is the individual flavor profiles and the diversity that smaller scale brewing allows.

Craft breweries are allowed the freedom and encouraged to experiment with their brews; whether it’s including ingredients like watermelon or chilli, creating beer that tastes like cake, or using wild yeasts to create something utterly unique.

Many bars and other hospitality venues have hopped on board as their customers ask for different beers – sour, dark, barrel-aged, beer that tastes like nachos. The consumption of craft beer is on the up in Australia, and it looks likely to go that way for the foreseeable future. According to Chris McNamara, the CEO of the Australian Craft Beer Industry Association, “Going out and drinking a lot of beer is generally not a part of what the industry is selling. It’s all about drinking for flavor and drinking local.”

For a drink that really only holds four major ingredients, beer can take on many forms, flavors and styles, and Aussie beers have come a long way from the brews brought over by the British.

The rise of craft beer is the ideal way for hospitality venues to get on board with a new way of thinking when it comes to beer – and to get an edge on competitors who aren’t ready to embrace the future of the beverage. 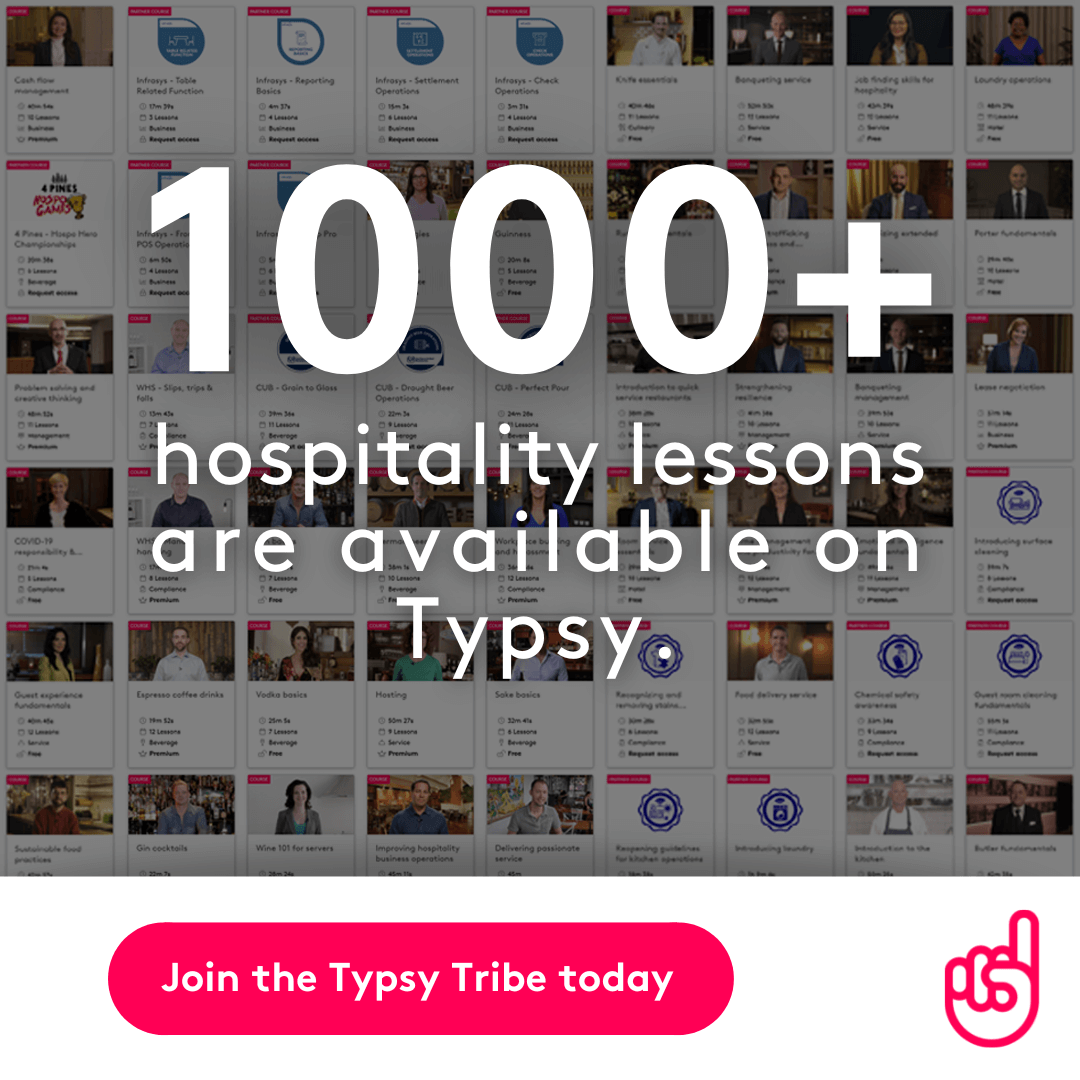