After we connected on Twitter and saw his immense passion for the industry, we called Mike over in LA to get his thoughts on building a successful restaurant from within.

If you're in a leadership position at your restaurant, then you'll definitely want to take these tips on board. 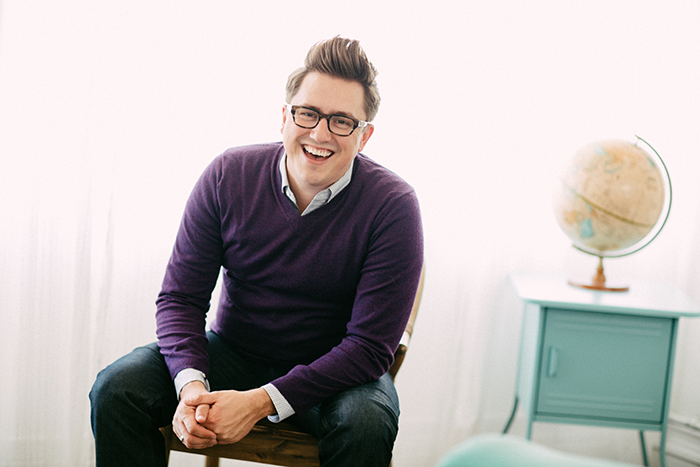 Tell me a little bit about your consulting business.

I spent many years working with growing restaurants groups. About two years ago, I decided that I could teach other people to do what I’ve been doing. As a consultant I focus on high growth restaurants that want to double in size or expand to multiple locations. I help them identify what made them really cool as a smaller brand, and then replicate those qualities as they grow into a bigger brand.


So that involves plenty of management training?

Oh yeah, totally. You can print all of the memos and handbooks that you want, but at the end of the day if leaders aren’t showing their team members how to treat certain situations or how to make decisions, then the rest of it doesn’t matter.

I run a lot of workshops to help leadership teams get specific about what they’re trying to achieve and how they want to achieve it. And then I help them understand how how that will trickle down into the organization.


How do you think that a new manager should prepare for their first shift?

Think about what you need to do to plan for those things. Otherwise, you’re just going to walk in and hope they don’t happen and they will.

Are there any mistakes that managers should avoid when they’re scheduling shifts?

People often have a standard schedule, and they don’t put a lot of thought into volume. They don’t consider the fact that Monday this week might not be as busy as Monday in three weeks time.

You need to ask yourself if Mondays are getting busier or slower. Are there any school holidays or bank holidays coming up? Is there an event going on that will bring people into your venue? How is that going to impact your sales, your volume, and then what that does mean for your scheduling?

"This business is largely about people and self-awareness, and I think you can only learn that by being in it."

I see this all the time: people know that they’re probably going to be down 10% on a certain Monday, but they don’t reduce their scheduling by 10%. And then at the end of the week, they’re surprised that they’ve spent all of their labor budget. Or they don’t anticipate when they’re going to need more staff. They’ll have a huge beach event happening right beside their venue, and they’ll know it’s going to bring in about 20% more customers, but they don’t put on the extra staff. And then they get upset when they can’t provide the great service that they want to.

Do you have any secrets when it comes to conducting inventory properly?

I think the big thing with inventory is being thoughtful about the entire inventory list. When people are doing inventory every night, they’re counting things like napkins, which don’t really impact them that much. Or they have a huge case of straws that it takes about a month to use, and they count the same straws over and over every week. I think there’s a smarter way to do it.

Instead, ask yourself, “What are my hot items? What do I need to be looking at every day?” These are your proteins and your dairy. Items that will really impact your food cost if they’re over portioned. Try to decide on about 10 hot items that you need to count every day so you don’t get too far behind.

And then, on a weekly basis, count the majority of your other things. On a monthly basis, count those cheap supplies that you don’t run through as much. If you’re wasting hours counting items that aren’t going to impact your food cost much anyway, then you’re just going to dread doing inventory.


Are there any mistakes that restaurants make with cash handling?

Two big things. One is just not having a clear policy. Staff don’t know when they’re supposed to count cash, or what happens when it’s over short, or what the rules are in general.

The second thing I see is that multiple people are responsible for the same register or cash box. That happens a lot in full service restaurants and bars when someone needs to go on a break, and they let someone else jump on the drawer to take over. When you have two people in there, who’s responsible if it’s short?

So I think if you’re not tracking it, that’s an issue, and if you don’t reduce liability as much as possible by having just one person responsible, then that’s an issue. If you involve lots of other people it’s hard to know when someone is making a mistake or putting a little in their pocket.


Do you have any tips to help encourage teamwork between front of house and back of house?

I’d suggest making sure everybody does a little bit of training on both sides. That doesn’t mean you have to take a bartender or a server and train them into your fastest sous chef. But it does mean that they should be behind the counter doing some practice. They should be back there on a couple of shifts, so they can feel what it’s like at night.

"Give everyone the chance to work through problems together and you’ll really improve the culture in your restaurant."

And it’s the same with the back of house. Ask them to help at the host stand for a little bit answering phones, or stick them behind the bar. Give them a feel for it so they don’t think the front of house are just standing up there having a party all the time.

If someone wants to become a manager, what should they do?

People who have gone through formal education really understand the financial side of running a business, the food cost, how to properly place menu items, things like that. So I think there’s definitely room for formal education. The other side of this business is largely about people and self-awareness, and I think you can only learn that by being in it.

If someone really wants a long career in the restaurant industry, I would say learn about food cost and finances, because so many restaurant people do not understand the basics and they get into trouble.

Then go find a great restaurant group that is known for its longevity. Pick someone to be your mentor, someone who will watch you on the floor and offer you feedback, because you’re going to learn so much faster that way. It’s a great way to get a foothold when you’re first kicking off your career.

Visit mike.tips to receive Mike's awesome weekly training tips. You can also follow him on Twitter at @mikeganino.